What is Snapchat and TikTok?

Does Snapchat Own TikTok?

During the Q3 earnings call on Tuesday, a sharp journalist had a sharper question for the CEO of Snapchat, namely Evan Spiegel: “Is TikTok your friend or enemy?”

Evan Spiegel’s response had everyone amazed and surprised. He replied: “Indeed, a friend.”

The response of the Even Spiegel was surprising because the founder of the Facebook Mark Zuckerberg had a different answer to the same question. Zuckerberg described TikTok as the rising competitor and rival of the Facebook group of companies.

It is noticeable that the TikTok users have crossed Instagram users in India. However, there were also a great many reasons for which Even Spiegel had called TikTok a friend. They are given below:

Partnerships: First and foremost, TikTok and Snapchat has active advertising and developer partnerships. So, the TikTok is a friend of the Snapchat.

Creating Atmosphere for Apps: Snapchat owner had revealed that the TikTok has increased the time that the users spend on the mobile. So, it becomes more likely that the users will be attracted to Snapchat as well. Even Spiegel has described this as a good news for the Snapchat.

Increasing Awareness for Apps: TikTok uses local media industry material for providing its services. So, it attracts larger audience. TikTok has 700 million active users, while Snapchat has 201 million users. So, the more people come to use TikTok, the more they would know about usage of the Apps. Thus, with increasing awareness for apps, there are manifold chances of development and growth of the Snapchat.

Conclusion:So, it may be concluded that the TikTok is not owned by the Snapchat; Byte-Dance, a Beijing-based company, owns TikTok. Snapchat is owned by Even Spiegel, Bobby Murphy and Reggie Brown. Even Spiegel considers TikTok “a friend” who will most definitely aid to the growth and development of Snapchat.

Introduction:Instagram addiction is new thrill without which our days are absolutely incomplete. Instagram is mainly a mobile app, which is used by over 400 million users on a daily 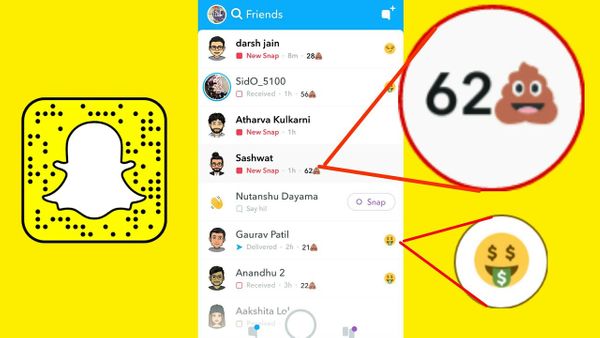 Snapchat streaks is known to be the feature that either allows the friendships to grow further or die. But why and how? Instagram likes, hearts and Facebook thumbs up are